The 2015 duck season was exceptional at Los Crestones. Average water levels, with limited rain before and during the season, produced concentrations of ducks at our carefully selected hunting areas. Colder weather also triggered migrations, both from the south and north, earlier this year than last.

Since opening in late April, clients have had consistent success—typically reaching their limits by 9 am. And sometimes well before! Rosy Bills arrived in good numbers and we saw massive amounts of yellow bill pintails. But this year it was impressive numbers of speckled teal that caught our attention—we’ve never seen so many.

Perdiz hunting was good, with all fields producing healthy numbers of birds. Dry weather and warm days later in the season complicated hunts because the afternoon heat was hard on our dogs. So we concentrated efforts during less humid morning sessions. We averaged approximately 20 flushes per hunt, so good guns didn’t have trouble reaching their 7-bird limits.

Dove shooting, on the other hand, started good with guns averaging 10 to 15 boxes in the afternoons. By midseason the doves left some roosts and spread out into smaller temporary zones, making the shooting less consistent. When the switch flipped for doves, we started targeting pigeons over decoys and we did very well. Local wild pigeon hunting has a lot of potential.

At Los Crestones hunters can combine wingshooting with big game hunts. These options are an asset. Wild Black Buck concentrations are located close to the lodge and we have access to some of the best ranches in the area. We also have excellent wild Axis deer hunting close by. This season, guests scored some nice trophies of both species during combo hunts. We also offer both gun and archery shoots.

Thanks to all of our guests for another great season at Los Crestones Lodge. 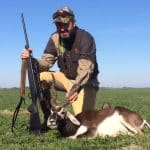 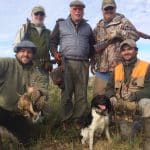 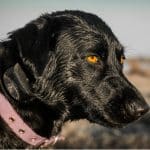 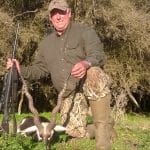