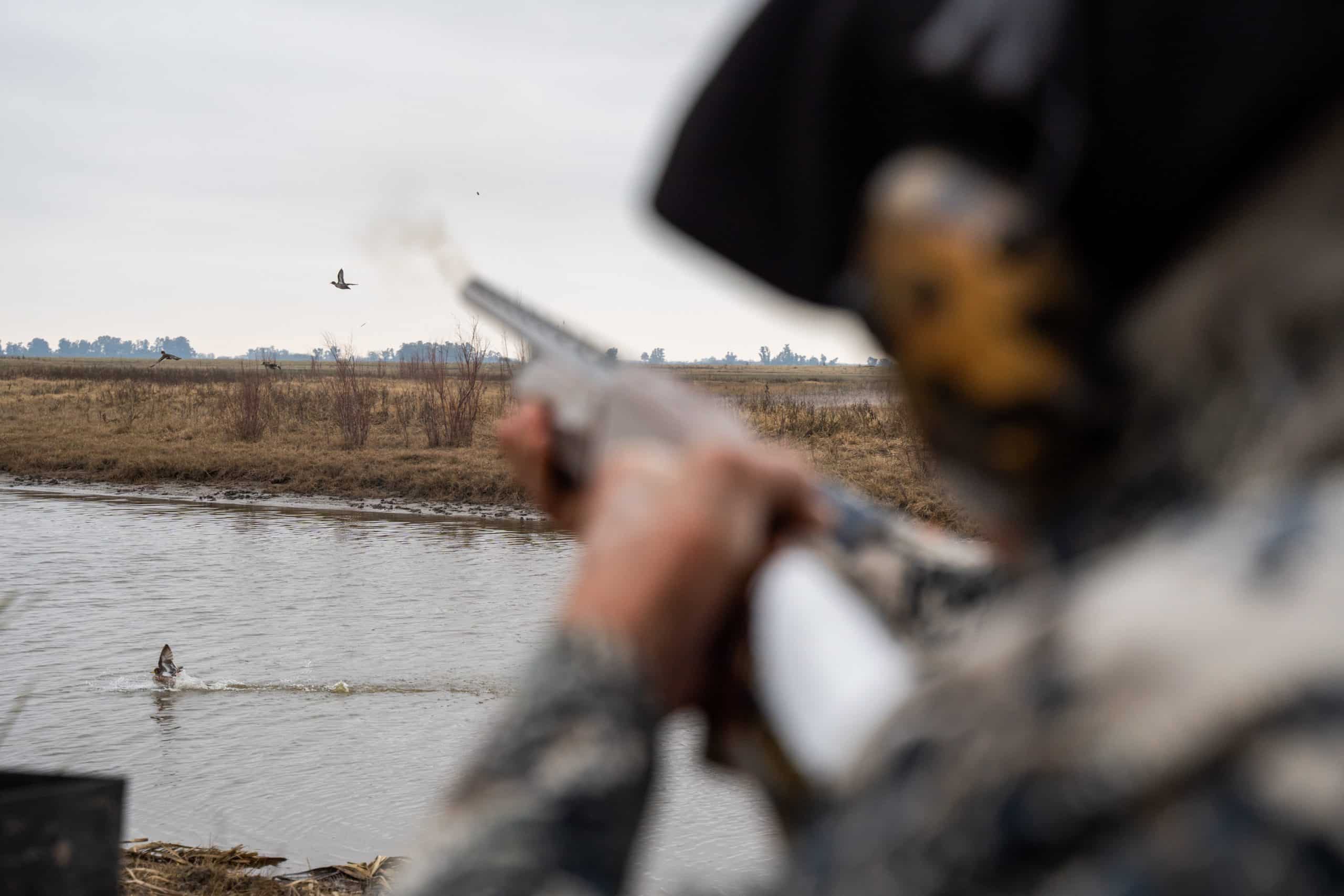 Recently I was over at my mother’s house and found myself flipping through a heavy old photo album that contained all sorts of family photos going back several generations. Some of the photos I recognized, but I found one that I had never come across before, and it was a photo of my maternal grandfather and another man, standing in front of a plain white wall, and each had both hands full of dead ducks. From what I can see, both men appear to be holding six ducks each. I can tell three or four are drake mallards, there is at least one hen mallard, and I’m just guessing but there is one slender duck in one of the man’s hands that looks like a pintail, but it is hard to tell. The caption at the top is written in what I recognize as my late grandmother’s handwriting, and it mentions the location of the hunt as Heron Lake, which was a waterfowling mecca in southern Minnesota. The photo is dated October, 1946.

But what struck me about the photo was not only the day’s bag but the absolute utter simplicity of the two men’s outfits. Let me back up to offer some perspective. Since the duck seasons ended, I- who as someone that has fallen headfirst into duck hunting’s magic well-  have spent hours of my free time just getting all my “stuff” cleaned, organized, and ready, so that it will be prepared for next season, when I can again coat it in mud, break it, make it leak, lose a part, or have it fly out of the boat on the highway. It has taken years for me to accumulate all the “stuff,” but I am so wrapped up in the care and feeding of the stuff that the actual duck hunting has felt at times like it was secondary to the promotion of everything that makes up the war machine.

I shot two or three different guns last season, including a 20 gauge for teal and early season, and a couple of different autos that I like and occasionally shoot well with. Those had to be cleaned. I had decoys spread across a couple counties, and those came home in a trailer, got cleaned, sorted, and are now getting painted or repaired or pitched as best fits each decoy’s individual situation. There are stools, chairs, and three kinds of batteries, walking sticks, jerk cords, headlamps, and duck butts that squirt water, and then there are the clothes, and jackets, and waders, and shell bags, blind bags, waterproof bags, gun cases, dog kennels, dog kennel covers, and about four hundred and thirty-one duck calls that play musical chairs on my lanyard depending on whether or not it is windy, or calm, or if they don’t work right because they’ve got lint or Little Debbie crumbs behind the reeds from rolling around in the bottom of one of the thirty-one disorganized blind bags.  You get the picture. I am a victim of my own passion, and if weren’t for the fact that I do manage to get the stuff straightened out eventually, I would end up on one of those television shows they do about hoarders in an episode called, “Confidence decoys-Functional, or Just Taking Up Space?”

I look back at the faces of the two men in the photo, both with confident smiles, both wearing plain tan shirts and pants, and both in rubber hip boots. I don’t even think I own a pair of hip boots anymore, living as I do now in the era of breathable chest waders with Velcro, magnetic, and zipper pockets. Around each of the men’s necks, we don’t find a braided lanyard festooned with bands, calls, and whistles for both ducks and dogs, plus remotes for dog collars and decoys that spin and spout and flap. But instead, each wears a single piece of cord, and at the end of the cord, one Olt duck call. It is so simple it almost brings me to tears. No wonder these men were smiling, they never had to suffer the confusion of not remembering which charger is for the dog collar, and which one is for the duck butt or the electric drill. It has reached a stage where I have to label the chargers.

I knew this day would come eventually. There was a warning sign last summer. I had a machine that was essentially an automatic jerk sting. It consisted of a motor and a small 12v battery bolted to a post, and it had a couple arms that moved around and pulled the string with decoys on it against a couple bunji cords that were attached to two other posts.  I liked this machine but it was too busy for my liking, so I found a timer that was meant for another machine, wired it in between the motor and the battery, and set the whole thing up in the driveway. I turned it on, hoping that the machine would function with 1 second on, and 4 seconds off as the timer was labeled. Instead, there was smoke, and then some flame and the experiment ended with my deploying the household fire extinguisher for the first time.

Before I saw this photo, my grandmother had given me a few of my grandfather’s decoys, and I have them on a shelf in the office, along with some other decoys I display because I enjoy looking at them. But seeing the photo of that one hunt, and now putting the whole picture together with the decoys, I finally understand how simple duck hunting was and how far we have moved away from those times. The decoys are wooden, boxy looking, and crude by today’s standards. Of course, they don’t have flocked heads or flocked bodies, or special keels that make them dance across the water. In fact, one of them still has a little piece of frayed cord knotted to the bottom, and I would be willing to bet that it is the same exact kind of cord that held the duck call around my grandfather’s neck.

I have made up my mind to use the unspoken lessons from this photo to springboard my behavior into a new and glorious quest toward simplicity in all things duck hunting. Next season there will be one gun, one dog, one blind bag, and one outfit. There will be a sale this summer of gear that has just become clutter, and a lot of extraneous decoys that have not been in the field or water for a couple years. I want to smile the smile of success through simplicity.  Thoreau said, “As you simplify your life, the laws of the universe will be simpler; solitude will not be solitude, poverty will not be poverty, nor weakness weakness.” But, mallards will still be mallards, and they will hopefully be the end result instead of a byproduct of messing with less “stuff.” 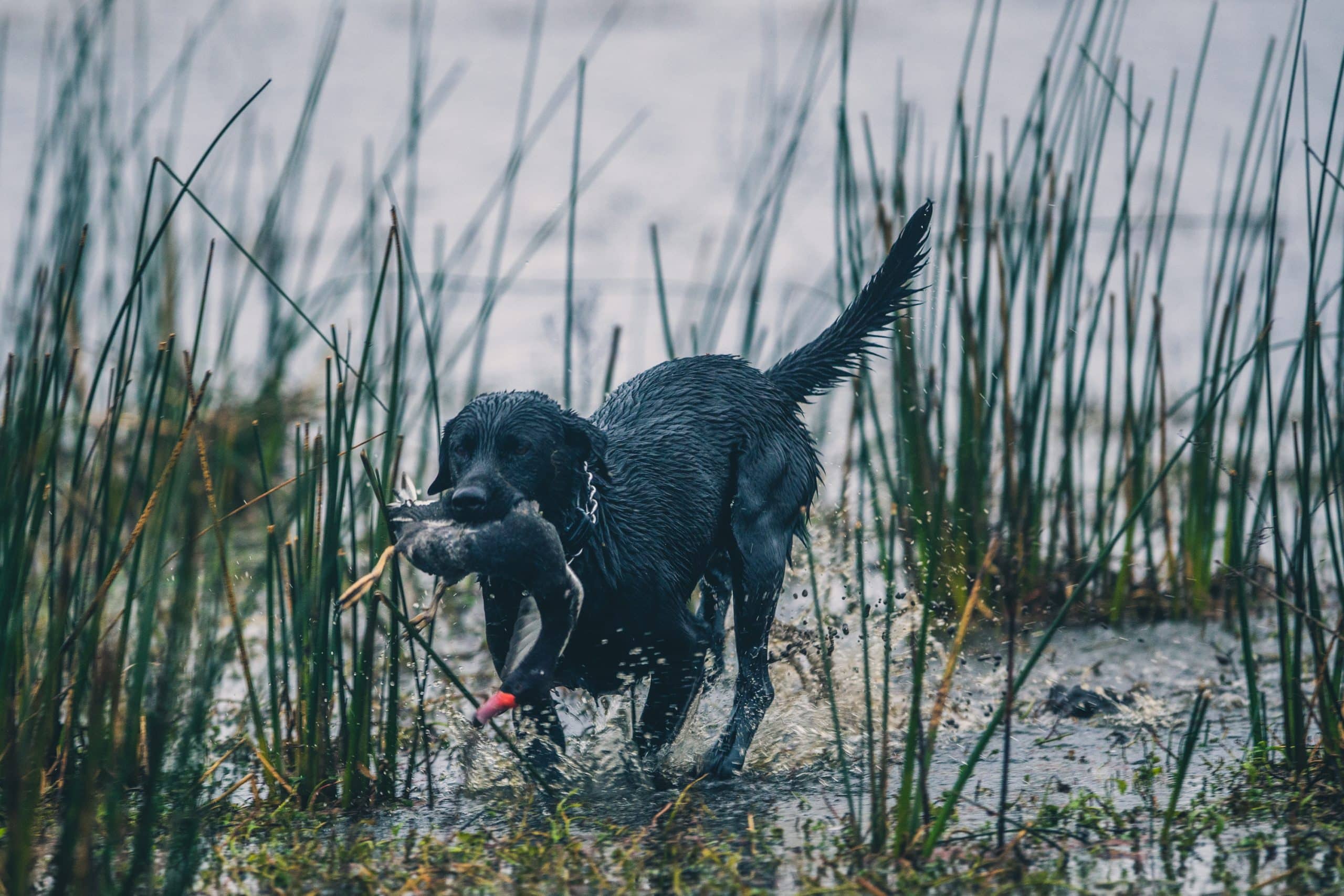 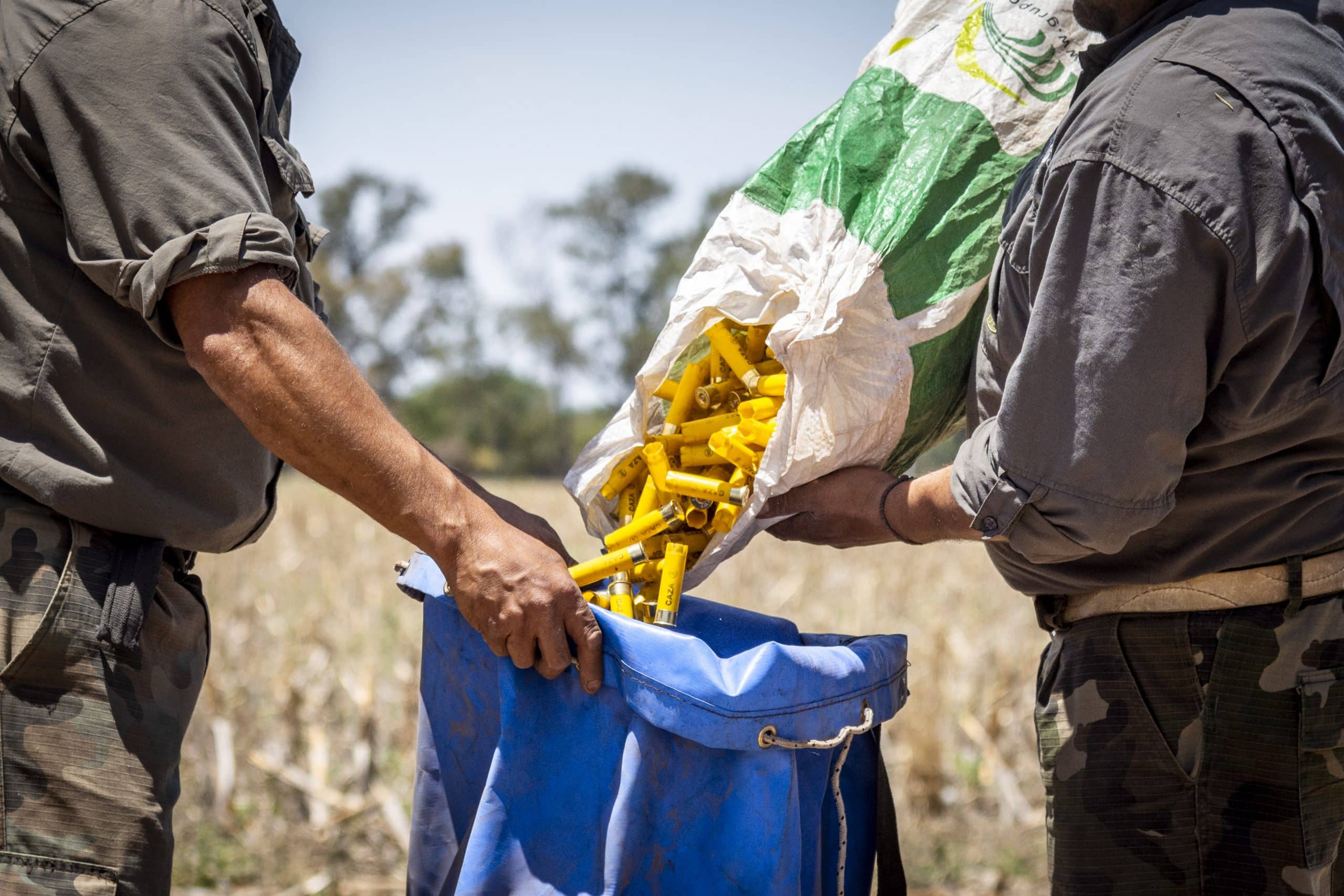