Starting Over – Hunting with dogs 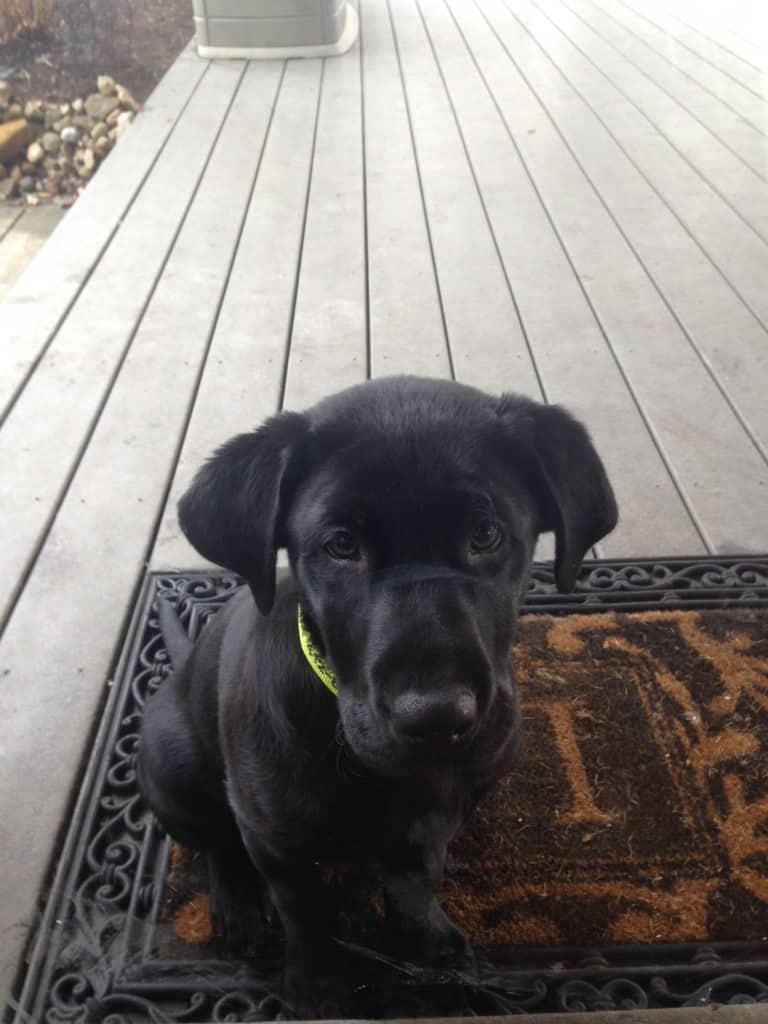 A big part of hunting for me is hunting with dogs. In addition to being a good idea from a conservation standpoint, they are fun to have around. I like to have a dog on the stand in my duck blind, and I usually like to have more than one.  But getting a dog isn’t like picking out a pair of bowling shoes. With the rare exception of fellows that are able to commit to buying a finished gun dog, most of us have to start from scratch.I had some dog turnover at my house. I lost a dog to cancer this summer. My other animal, a black labrador named Coal, has lost a step. He’s going on nine, and the doctor says he has a little heart murmur. Also he seemed lonely since the other dog passed, so I did some research, talked to men that had dogs I admired, and snooped around for the kind of puppy I wanted. I was really looking for a small, black female labrador. My wife wanted a larger black male labrador. Those of you with wives already know I have a male dog, don’t you? Of course. So anyway, I found him outside of Memphis, and I shipped him up last month.

Frankly, it has been some years since we last had a puppy in the house. I had forgotten how frantic it is. At times it gets to be too much. Between the constant threat of some sort of bodily fluid on the floors, the chewing, the fighting with the older dog, I have to admit to being at the end of my rope at times.  Waking early one morning to the whining of the puppy, I descended the stairs to my office, and half way there I was certain that I had lost my way, and was headed into a stockyard. The stench was overwhelming. I’ll save you the details, but the puppy was in a crate, and he was covered in something you find a lot of at a stockyard. It took two hours to clean the dog, clean the crate, and clean the general area where all the cleaning was done. In that time I muttered many silent oaths about picking up my own ducks.

We’re a month into things, and little by little Luther (named for a guitar player who is also from Memphis) is starting to get the hang of things. He is about fully housebroken, and he’d rather retrieve a baseball cap than eat a porterhouse steak. He is a little fast and loose about getting up on furniture, and he also has a thing about standing in the dishwasher. That trick is charming at 30 pounds, but I don’t think it will be such a crowd pleaser at 75 pounds. I’ll let you know how we are progressing at a later date….

by Douglas Larsen While in North America, you are no doubt enjoying the spring flowers and the opening games of the baseball se..

Angry – What is duck hunting anyway?

Angry by Douglas Larsen Why does everyone…especially in the waterfowl brand category…look so angry? What is duck hunting an..