Sadly, the duck season has come to an end at Jacana lodge. Now we’ll take some time to rest and to clean, dry, and store our hunting gear for the next season. This year has been extremely wet—but also tremendous—our best shooting in the eleven year history of Jacana.

High-water levels made getting to our blind locations difficult. Often we used boats to ferry guests to the blinds and to avoid long walks through the water. We also used trailers pulled by tractors to carry guests and hunting gear. In doing so, we also may have set a new record for getting stuck in the mud! Deep water also covered many of the bucket blinds that we installed back in April. At the time of this writing, we’re still waiting for levels to subside in order to take them out and put them away.

The good news is that we drove very short distances to the ponds for most shoots, all areas around the lodge had good water levels, and ducks occupied these spots all season long. Most of our guests, many whom are returning clients, agreed that 2015 was extraordinary. Rosy bills where the most predominant duck for the first half. After June, brown pintails appeared in good numbers once the rosies left some space for them. Among the teals the most abundant duck was the silver teal followed by speckled teal plus the cinnamon and ringed teal too.

In terms of duck harvest, we simply had the best season ever. Most hunters shot their shell limits before 10 a.m. each day. It was amazing! See you in Vegas. 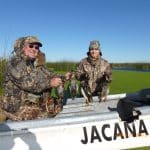 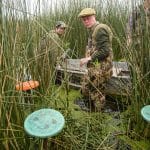 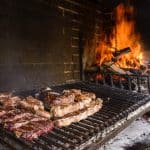 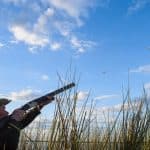